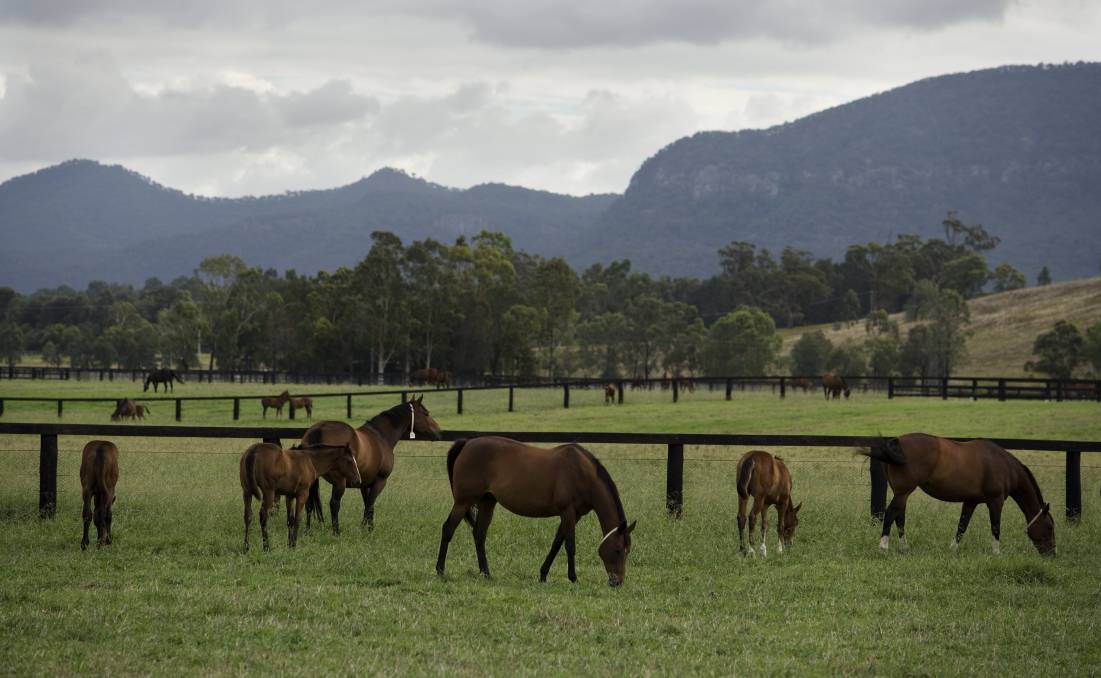 One stud manager warned there would be a critical feed situation if there was no decent rain before August, to help get fodder production back on track.

All studs emphasised to The Land, they knew they were better off than most farmers and deeply understood their plight to feed drought-affected stock, but said they had to make some tough decisions themselves.

Horse trainers have also told The Land they are finding it difficult to source good quality hay for horses, with prices at Mudgee hitting $17 for a small lucerne bale. They are also considering upping feed levies on owners.

Even the wealthy Darley operation was forced to disperse most of an elite  Charolais herd at  Kelvinside in the Hunter Valley due to the continuing dry.

Most have good access to groundwater and irrigation, but the feed side of operations will become critical by the end of the year.

Yarraman Stud has brought in a small drought levy already because of the high cost of feed, while Arrowfield, an industry leader in thoroughbred breeding, is in the throes of also considering a feed levy for horse owners.

Many studs luckily bought large stocks of hay earlier in the year, including Darley at Kelvinside, who bought 4000 bales out of southern Queensland – almost the last available. Producers cannot source hay out of Queensland, and very little is available out of NSW. Almost all hay is now being brought in from Victoria and South Australia. In South Australia lucerne hay supplies are running short.

Arrowfield farm manager Matt Hill said his stud was only in a good situation because it had bought a large load of hay earlier in the year.

“We are very mindful that we are in a luckier situation than many farmers who face very tough times. If there isn’t any rain before August we start to get into a troubling time, and it could be a dire situation for feed.” He said like any businesses, Arrowfield may have to cover increased costs of feed from owners at some stage.

Yarraman farm manager Scott Norton said they had already brought in a small drought levy for horse owners to cover feed costs.  “We were lucky to buy some large amounts of hay earlier in the year and we think that will get us through to Christmas. There is still some good quality lucerne hay in South Australia, but that is getting low. You can’t buy small bales of lucerne hay in the Hunter.”

Mr Norton said most trainers and studs had dedicated suppliers so they would get through. Owners were asked for a small drought levy to cover the increased costs of the dry. The worry was how much fodder could actually be produced next spring if there was no decent rain.

It’s hardly ever been drier and but feed has never been harder to get.– Horse trainer Cameron Crockett

Darley’s Kelvinside stud manager Barley Ward-Thomas said his stud was well-placed to survive the dry, but had been forced to move horses to better parts of the stud and also destock the stud’s prime herd of Charloais cattle, that had been at the stud for a long time and were a prized part of the operation.

Kelvinside would probably have used all of its river water allocation by the end of the year at considerable cost. “We are in a fortunate position but we know many aren’t,” he said. The stud bought 4000 bales out of Queensland three months ago. “It is a desperate situation for many as you would know,” he said.

Mudgee trainers Max and Cameron Crockett. Feed bills are going through the roof and hay is hard to find.

Mudgee trainer Cameron Crockett said his feed bill was going up exponentially, with both racehorses of his own stable and other stables spelling on the Crockett property, meaning he had to keep feed up to 70 horses with almost no pick in the paddock.

“Horses need to chew all day long, so we need to feed them morning, midday and night to keep the feed up,” he said.

“It’s hardly ever been drier and but feed has never been harder to get,” he said. “We had 15mm the other day but I don’t expect any growth out of that.” He would soon have to consider passing on the costs of feed at some stage to owners, with hay bales hitting $17 a bale for him at the moment, with the price expected to go much higher in coming months. You have to give horses something to chew on.”

CUTTING will make a comeback to the NSW community of North Star (50km south of Goondiwindi) after running a successful show in 2017.

Competitors from as far south as Condobolin NSW and as far north as Emerald will travel to the North Star Sporting Club for the North Star Classic, an event organised by Northern Rivers Cutting Horse Club (NRCHC).

The classic is an ‘aged event’ for horses the ages of five and six, with an open class and a non professional class. As well as the aged event, there are regular National Cutting Horse Association affiliated weekend classes with $1000 in prize money added to each, drawing competitive weekend haulers.

With this year’s 2018 show fast approaching, the NRCHC have an estimated $40,000 in money and prizes is up for grabs.

The event will once again draw the best horse and rider combinations from near and far for the chance to take home a healthy cheque and boasting rights. The club encourage the local community to come along and be part of what is sure to be a great weekend.

Saturday night will be the Open Classic Challenge Final with some of the best trainers and five and six year old cutting horses in the country, battling it out for the champion buckle. After the final will be the charity auction, this time supporting Aussie Helpers, a foundation created to help farmers in time of need, especially as the drought worsens.

In 2017, the North Star Classic had a payout over all events of $35,900, 463 competitors, using a total of 1295 cattle locally supplied by Angus Doolan, making the event the second largest show to be held in the country behind the NCHA Futurity for the year.

With such a great facility and a high quality line of cattle, competitors were able to put together very large scoring runs, making it great viewing for spectators. Renowned cutting horse trainer Todd Graham, from Oakey won the weekend’s largest class, the $5000 novice, a top Natascha Wrigley’s mare, Melodys Cat, with an impressive 77 score.

We were there at the Ray White Campdraft and Dog Sale last week.

Check out the moments we captured during the competition in the gallery above. 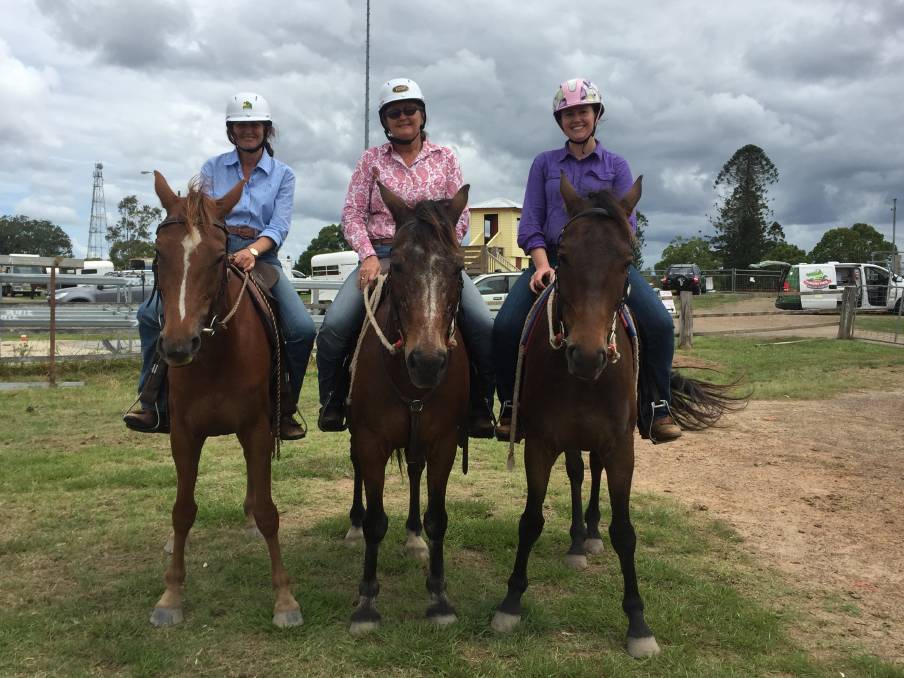 Macleay Campdraft Club is back

The Macleay Campdraft Club was established in 2013 to offer campdraft training days for anyone that wanted to watch, listen and learn the finer points of campdrafting.

Peter Henry, the founder of the club, wanted to offer riders a chance to have a run at campdrafting without the pressure of a competition and without the expense of travelling.

The club operated successfully for two years and offered riders an opportunity to work on their skills working cattle outside and on the mechanical cow with quality instructors and good facilities.

In 2016 several of the committees members started families of their own – must be something in the water – and the club was closed for the year.

But in 2017 the club is back and they held their first training day on November 18, which was very well supported by local riders and spectators.

The Ashford Show has risen to the challenge and is primed to put on a fabulous campdraft spectacular in 2018.

They are gearing up for horse events including barrels, flags and bending as well as children’s and hack events.

The shearing is going to be a stellar event, as usual, with shearers coming from far and wide to compete for prestige and cash prizes.

Come camp on the banks of the beautiful Severn River and make a weekend of it on February 17 to 18. 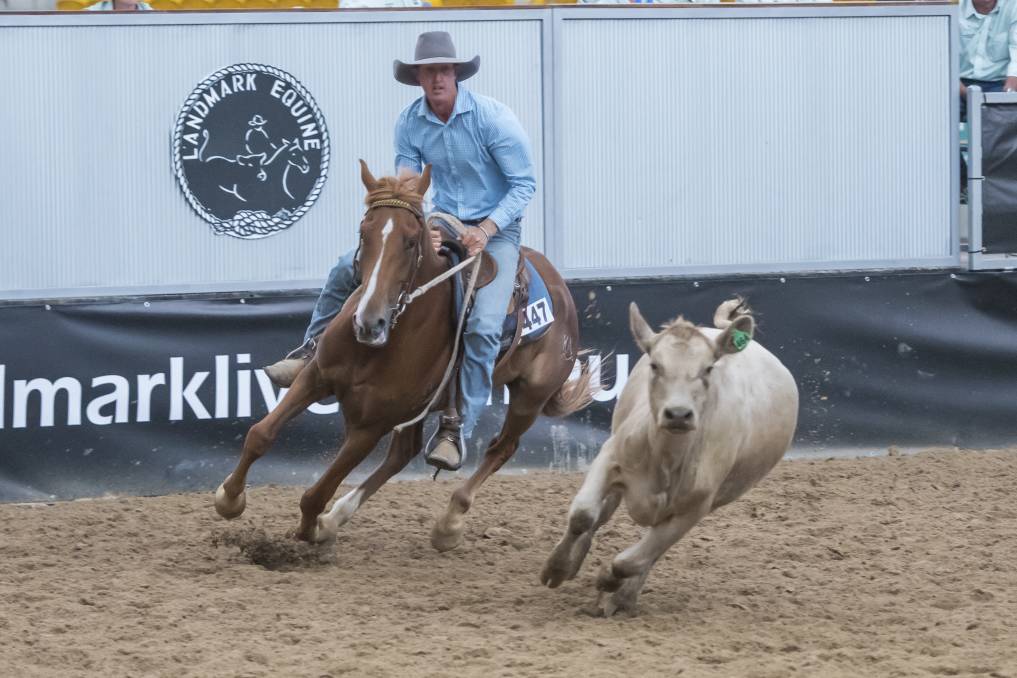 Tamworth has gone one step closer to being labelled Australia’s horse capital after the nine day Landmark Classic drew over 30,000 people through the gates at the AELEC, while sales eclipsed the $7 million mark for a second consecutive year.

Now in its eleventh year in Tamworth, the event saw three full days of campdraft competition, before two days of pre-works leading into the main event, four days of auctions and sales.

While last years record sale of $210,000 for three year old colt, One Moore Metallic, wasn’t beaten, two year old colt Yaven Spinacat attracted a bid of $130,000 to be the second highest price ever seen at the event.

He was sold by John and Jen Corbett to Hughes Pastoral in Queensland.

Landmark’s equine sales support Hannah Murray said that the new owners will likely use the colt for breeding, as well as “training him up and returning to Tamworth for the Landmark Incentive events.”

Meanwhile a record was broken for highest sale price for a gelding after Wayne and Janine Carney sold eight year old gelding Destiny’s Mirage to Triwilga Partnership for $60,000.

“That horse is ready to go, so the new owners could put him on the truck and be riding tomorrow,” Ms Murray said.

The top price mare was four year old Bulla Farrah which sold for $89,000.

“It has been another really good event this year,” Ms Murray said.

“Despite it being a dry year we had a lot of enthusiastic bidding and some great totals which shows that the performance horse industry is still very strong and there are only better things to come.”

The event brings a much welcome economic boost to the region, with over 1500 people and 1200 horses staying in the ground of the AELEC alone.

“It has been another great event, and once the extensions and upgrades at the AELEC are complete it will be even better,” Ms Murray said. 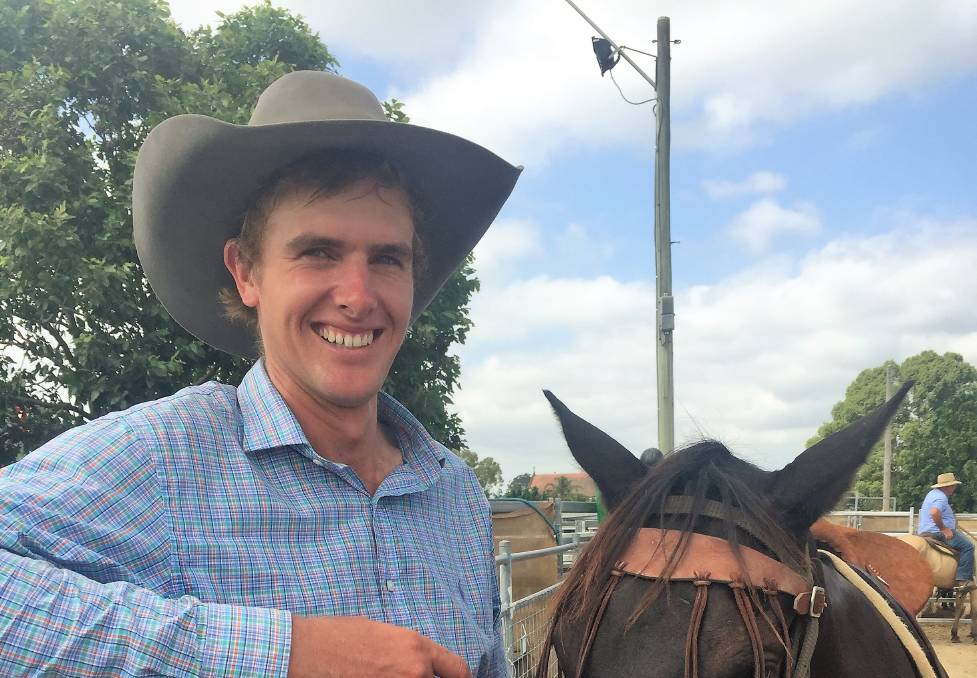 The 2018 Epic Horse Sale and Campdraft is being held at the Kempsey Showground over the weekend.

A total prize pool of $35,000 in cash and prizes is up for grabs with the first annual Working Dog Sale will be held in conjunction with the horse sale.

On offer there will be 94 registered Australian Stock Horses and Quarter Horses, with 48 mares and 46 geldings. 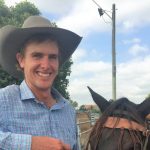 All the faces from the 43 annual Dalby Australian Stock Horse sale, held at the Dalby Showgrounds.

Photos from the Alpha Campdraft

THREE days of campdraft action wrapped up in Alpha today.

Keep up with all Dalby Australian Stock Horse...

Ray White and the Darling Downs Branch of the Australian Stock Horse Society hosted incentive campdrafts on Friday as part of the annual horse sale event.

Vendors also had the opportunity to meet with agents and auctioneers of this year’s Dalby stock horse sale.

On Saturday, a parade and working demonstrations of sale horses was held, plus a ladies morning tea giving many a chance to catch up on some socializing.

Prospective horse buyers had the opportunity to inspect sale horses all Saturday with the first part of the Dalby Australian Stock Horse Sale starting at 5:15pm, including the charity colt auction for Lifeflight fund raising event.

Check out our Queensland Country Life ‘Live Blog’ of the Dalby Australian Stock Horse Sale to find out the prices as they sell, plus a sneak peek at horseman Guy McLean’s live performance.

The horse sale will continue from 8am Sunday morning until 4pm with ‘Live Blog’ updates.

Keep informed and spread the word